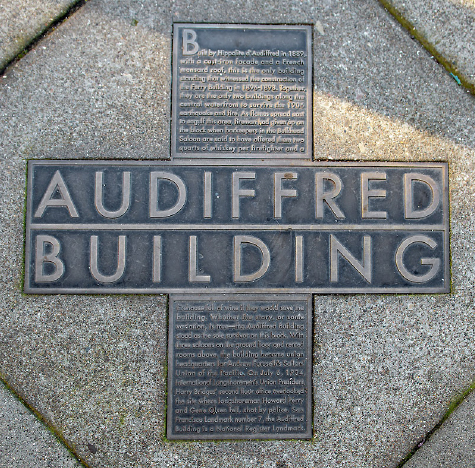 While this website provides general information, it does not constitute legal advice.

To schedule a meeting with an attorney, please call the firm or email info@millsteinfellner.com.

A Landmark
Saved by Whiskey

If every block in San Francisco is a short story, as writer William Saroyan said, then some buildings are novels. The Audiffred Building, located in the Embarcadero, is one of them.

In 1889, Hippolite d’Audiffret, a French businessman who had been living in Mexico and allegedly walked from Veracruz to San Francisco, had the Audiffred built—with a tiled Mansard roof and a nautically-themed frieze in bas-relief—as an homage to his home country. 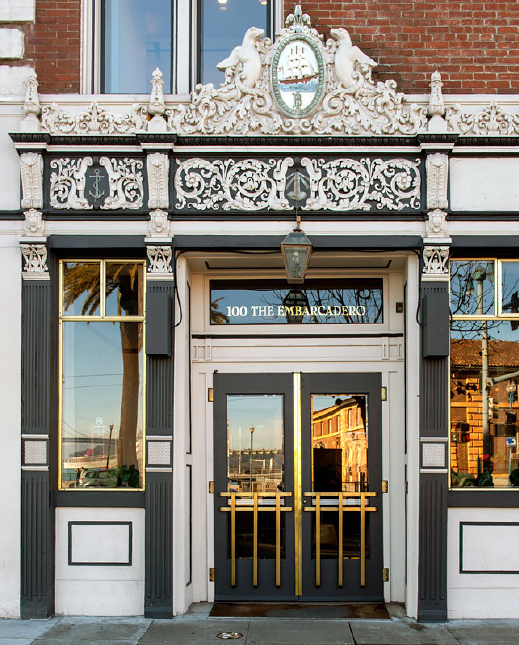 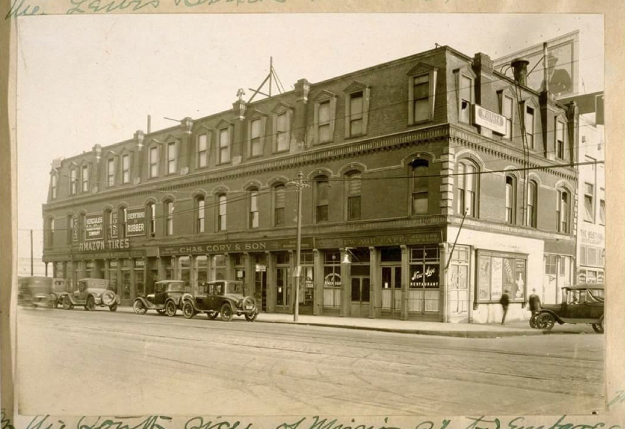 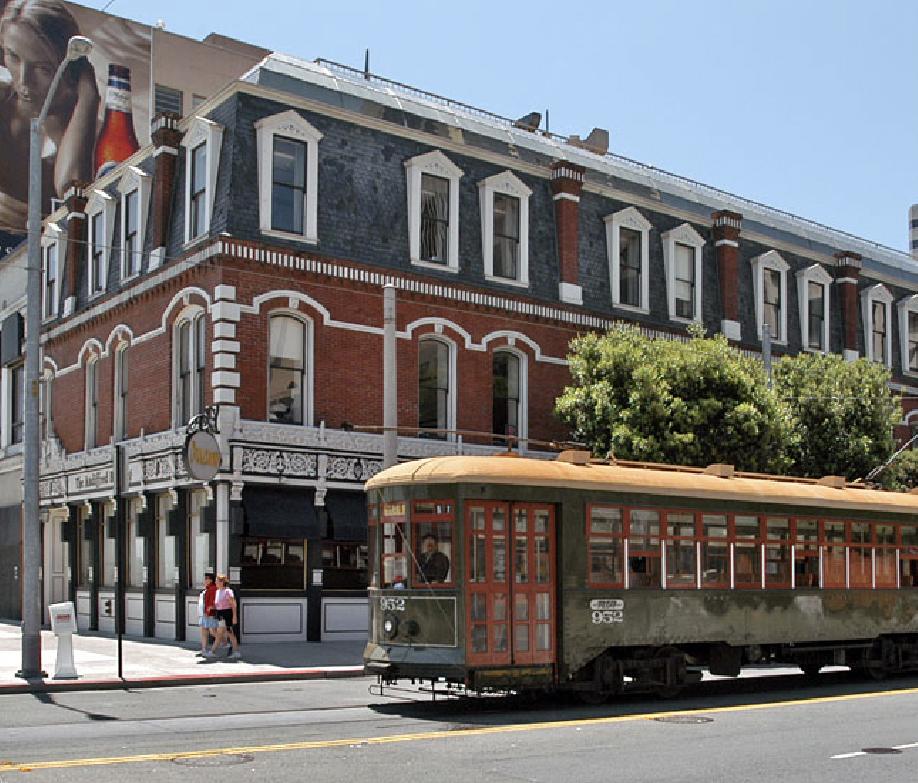 The building housed several maritime unions and taverns, the most famous of which was the Bulkhead, known for its cheap drinks and bull’s head stew. Most of the waterfront was destroyed in the fire that followed the 1906 earthquake. When firefighters came to demolish the Audiffred to create a firebreak, the Bulkhead bartender offered them a deal. If they would spare the building, he would give them two quarts of whiskey each and fill their fire cart with wine. It worked.

The Audiffred Building served as headquarters for the City Front Strike in 1901 and again in the 1934 Waterfront Strike. The strike was settled but, with big changes in the maritime business, San Francisco faded away as a seaport. The Audiffred fell on hard times taking in sailors who were houseless and bohemian artists and writers, including Elmer Bischoff and Lawrence Ferlinghetti.

“SAN FRANCISCO IS ART. EVERY BLOCK IS A SHORT STORY.”

In the 1960s, the state built the four-level Embarcadero Freeway that ruined the Audiffred’s view of the bay and spiraled it into further despair. In 1978, more bad luck: a gas fire gutted the building. Slated for demolition, the Audiffred was saved by public demand and placed on the National Register of Historic Places in 1979. It was designated San Francisco City Landmark Number 7 in 1981.

A domed penthouse, where you’ll find Millstein Fellner LLP, was added in the post-fire reconstruction. The Embarcadero Freeway came down after the 1989 Loma Prieta earthquake and the Audiffred’s bay view was back in all its glory. The building, with its rich history, remains one of San Francisco’s most iconic and storied landmarks.